Covid-19 provides and opportunity to rethink 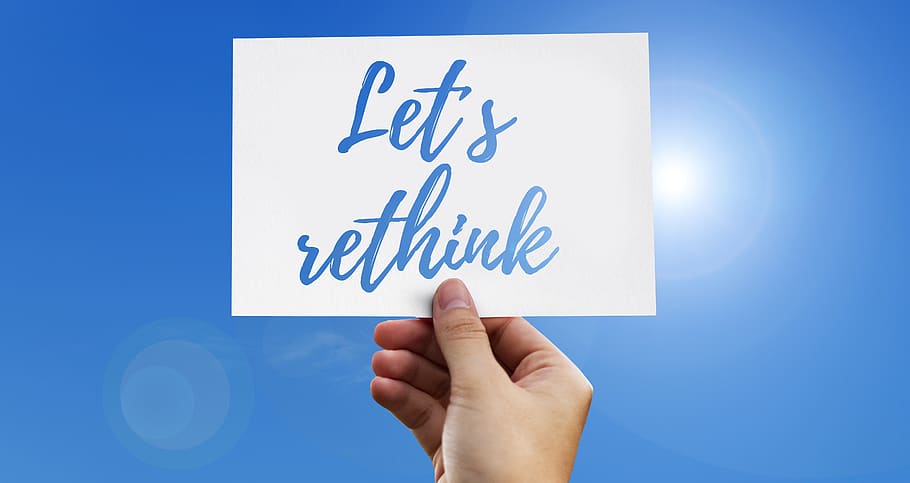 Every crisis forces you to rethink how you have historically done things and the outbreak of Covid-19 is from that perspective no different.

The immediate concern is, of course, to eliminate, or as a minimum reduce, the threat to a manageable level.

Once you have a plan for that and are executing it, it also presents an opportunity to review and rethink how you are doing things today. There is no point in time where people are more likely to change behaviours or accept ideas. The elusive “burning platform” has just been created by an external force much greater than anything you can create internally.

Private sector companies experience this with a certain amount of regularity. A new stronger competitor comes along, new technology, war, a trade war, SARS, earthquakes…the list is almost endless. Not all of the events hit every company, but one of them will, and the “we are about to go bankrupt if we don’t do something” must have been experienced by most people (even Apple and Marvel Entertainment).

Covid-19 forces everyone to examine their supply chains

Covid-19 has hit everyone almost at the same time. However, China was hit before everyone else, and that had an immediate impact on everybody’s supply chains. This is to an extent where the average consumer is now aware of what a “supply chain” actually means and hoarding of toilet paper and spam is all of a sudden a thing.

This means we will likely see supply chains becoming resilient as well as cost optimised. This was e.g. also the case for Toyota after the earthquake in 2011, which forced it to rethink the supply chain, which was tested again in after the earthquake in 2016, along with Honda and Nissan. All three did recover quicker in 2016, but still continued to try to marry resiliency with Just-in-Time, moving to source from multiple geographies and suppliers.

For the industries that are not directly shut down, Covid-19 is providing an (almost) worst-case scenario in the sense that all borders are closed, all travel suspended and demand is erratic. Revenue is under pressure as well as your ability to deliver – your supply chain. In a normal world, I would recommend thinking like Netflix and Amazon, but this provides an opportunity to look at what you previously would consider worst-case scenarios and make sure that they are never worst-case scenarios again.

The public sector typically gets hit a lot less by “real crisis”, and rarely at the level that can force the entire system to rethink. Covid-19 is different and must force an evaluation of response systems, data gathering, decision-making processes, communication, vulnerability towards cyber-attacks, stock market reactions and many, many more.

Taiwan has not suffered the same impact as most other countries as it was badly hit by SARS. As a result it put monitoring and detailed action plans in place to limit the effect of a future scenario. These include having a centralised command centre, early screening of flights to/from the Wuhan province as well as tracking (and isolating) individuals that have been in high-risk areas by using Big Data analytics on e.g. cell phone data and travel itineraries.

Not all of the measures would be equally acceptable around the World, but that is less the point. The point is that when a crisis arises, there is an opportunity to learn from it, and put measures in place to prevent it from happening – or as a minimum reducing the impact. People are far more willing to listen and change in the face of a crisis. If there is no crisis, it is really difficult. People still smoke, drink, drive too fast, eat unhealthily and don’t exercise enough even though we know that all of those things are really, really bad for you. However, when staring directly at death – people change.

In order for it to be effective, you also need to restructure. What kind of restructuring is dependent on what kind of change. Some will require organisational restructure, some will require the introduction of new policies and some require legal actions – but they all require something. Organisations, and individuals, will slip into the old behaviour once the crisis is over if nothing is restructured.

An opportunity that shouldn’t be missed

To put it blunty: Nobody asks for a crisis. Nobody wants a crisis. But it always comes, and when it does, we need to make sure we make the best of it, so the losses we suffer do not go in vain.

You never let a serious crisis go to waste. And what I mean by that it’s an opportunity to do things you think you could not do before.