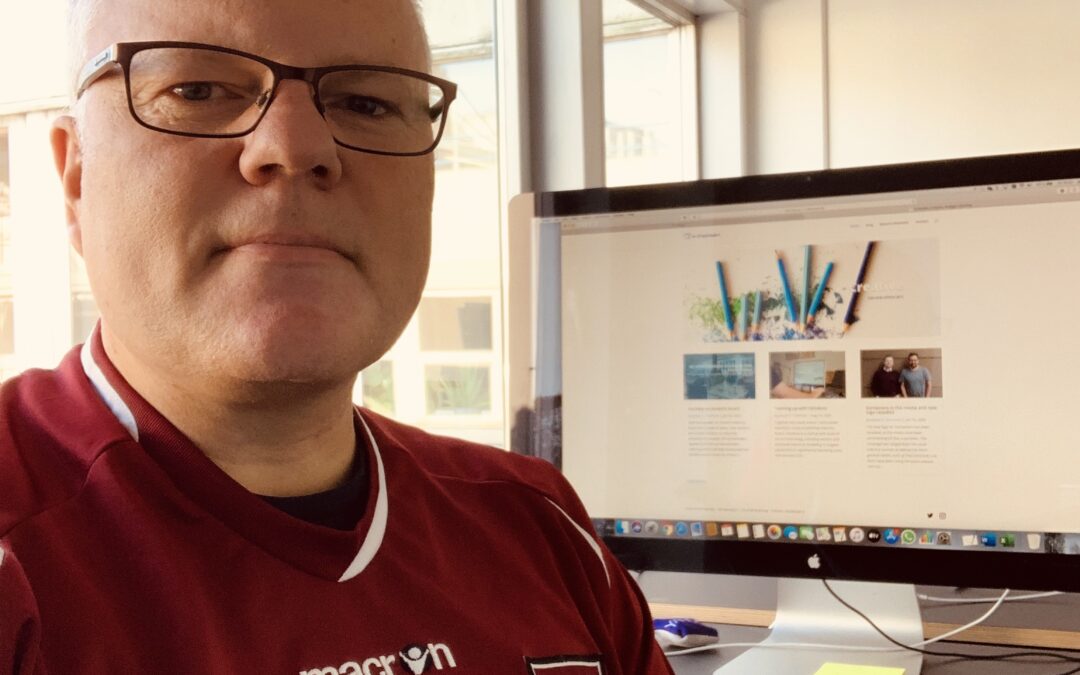 Today is Football Shirt Friday (as the hashtag says in Danish). It is an awareness and collection campaign in support of Børnecancerfonden (the children’s cancer foundation) that e-thomsen is proud to upport every year.

This year, in order to cut through the amount of SoMe noise out there, you should wear a football shirt to work. Let’s just say they had me at “football shirt”.

I have chosen to wear the most expensive football shirt I own: Croydon Athletic FC’s 2010/11 kit.

Why is it the most expensive? Well, back in 2010 a bunch of Danish football enthusiasts got together and bought Croyden Athletic FC, a.k.a. The Rams, at the time in the 8th tier of English football – the Isthmian League Division One South. To put it mildly, the clubs track record was not exactly stellar. It was owned by Mazhar Maheed, a UK property developer/bookmaker/sporting agent, caught by an undercover journalist saying that he had only bought the club (in 2008) for money laundering purposes and to add to that he was also on trial for match-fixing in cricket. Furthermore, but unknown to us at the time, the club chairman had weeks before tragically committed suicide. It was a club in dire straits in need of a saviour…and to the rescue a bunch of enthusiastic Danes with an ambition to conquer the Premier League.

Six months later we were bankrupt.

Obviously, the lack of cash killed it. Dubious partnerships, budgets that didn’t stick, the youth teams left, which meant the loss of ground rent. On top of that, we were hit by one of very few winters with actual snow in London, which meant the stadium couldn’t be rented out for weddings and others events…the list goes on.

So almost as soon as the adventure had started, it was over. Obviously I had stocked up on merchandise, including the nifty looking shirt and some scarves…but obviously lost everything I had invested apart from that. So despite what I have paid at various charity auctions for signed Liverpool shirts…they don’t come close to the cost of that Croydon shirt.

Since the bankruptcy, penalties, points deductions and what have you, fans have created AFC Croydon Athletic…that looks to be in a much better state, despite whatever pain Covid-19 may inflict.

So what did I learn from all of this?