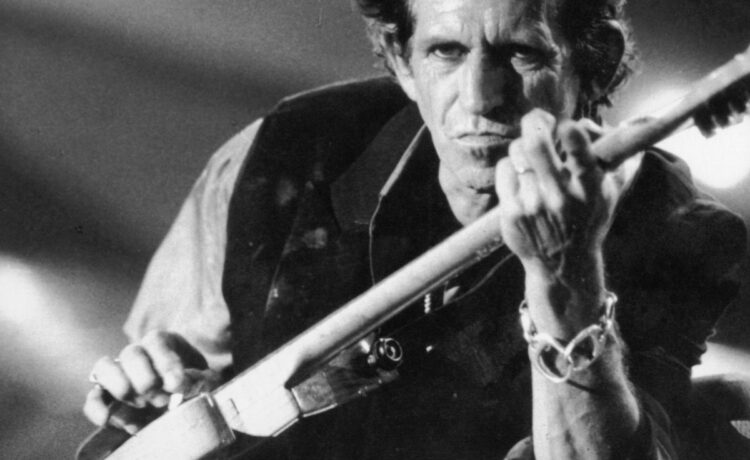 I recently ended up discussing “what happened to rock music”? So I decided to look into it because nobody could really remember the last big rock-hit.

Panic! At The Disco’s (otherwise brilliant) “High Hopes” is the top rock record of 2018 (and probably 2019 as well), but isn’t exactly heavy on the guitars – as in “not at all”. Drums, horns, strings and a piano – pretty much the Keane definition of rock.

In the UK, if we disregard the charity/Christmas single “We Built This City” by LadBaby – which we should, out of respect for music in general – the last rock-type song to top the UK charts, was Rachel Platten’s “Fight Song” in September 2015…and that is stretching the genre in the same way “High Hopes” does. Otherwise we are looking at Rixton’s “Me And My Broken Heart” from July 2014 – which is based “Lonely No More” by Rob Thomas – who at least carries some rock credibility as part of Matchbox 20, and having worked with Carlos Santana.

Probably the closest we get to a guitar driven song in this decade is 5 Seconds of Summer’s “She Looks So Perfect” from April 2014!

This is only highlighted be the current (July 2019) UK Top 40 Rock Chart, which is topped by three Queen songs, followed by “Sweet Child O’ Mine” and “Livin’ On A Prayer“! Out of the 40 most popular rock tracks in the UK this week, only two Slipknot songs are from 2019, and “Sound of Silence” by Disturbed from 2016.

In the previous decade we had Kaiser Chiefs, some of Coldplay‘s more rock oriented stuff, My Chemical Romance, McFly, Razorlight, and Orson among others – although that was still a step down from before the turn of the millennium.

On the Billboard Hot 100, the picture isn’t very different – actually it only gets “worse”. Urban/RnB/Hip Hop is dominating with a few pop tracks thrown in. “Rude” by Magic! and any one of Maroon 5‘s number 1s do not count as rock songs, so although songs like “Lose Yourself” by Eminem and a number of P!nk songs have a rock feel to them, the last rock songs to top the Billboard Hot 100 was “How You Remind Me” by Nickelback, back in December 2001. Although it also has to be said that the top performing song that year, “Hanging By A Moment” by Lighthouse never reached no. 1.

It has been a gradual decline, as streaming has increased, album sales have dropped off a cliff (a rock dominated format) and the power of the individual track has taken over. This means individual tracks dominate if you want to make it into the main stream – a change of direction, but not impossible as Imagine Dragons show (and to a lesser extent Kings of Leon).

Despite of dropping sales, rock acts still dominate the tour revenue, and out of the 10 top grossing tours of all time, with the usual suspects U2, Rolling Stones, Coldplay and Roger Waters in there (Ed Sheeran perhaps a surprise number 2). However, they rely on 20 year old material..and eventually the people that can remember those songs from when they were young, aren’t there any longer.

So although the motto of many rockstars is that it is better to burn out than to fade away, it does appear that as a genre that is what is happening – at least in the mainstream. The world is doing to rock acts, what rock acts did to Big Bands.

Rock will never die, but it is becoming more of a niche genre, or genres. The internet will ensure that enough people can listen to bands across the planet, as opposed to the Big Bands, who were relying on people being able to go to concerts. But compared to the 60s, 70s, 80s and especially the grunge movement in the 90s, it is and will be a much different world.

How people consume music today has changed and ironically fit the 60s song writing model much better than the 70s, 80s and 90s. Short songs, directly into the hook…just like these guys used to do…and no guitar solos.

Maybe that is why, e-thomsen music is yet to release its first rock track 🙂

If you want a bit more insight, there is plenty of good articles and videos on the internet, and here are a few of them:

Jesper is the owner of e-thomsen, and you can read more about his activities under "about".